Future of Work: Black Tech Founders Are Shaping, Not Waiting

It’s a daunting task to reorient our place in the future of work amid such uncertainty. Thankfully, many Black entrepreneurs were already coloring outside the lines, building tech companies that cater to the challenges Black professionals face as we seek to thrive despite the maze around us.

Future of Work: Black Tech Founders Are Shaping, Not Waiting

At the start of 2020, future of work projections centered around automation, AI, and fears that rapid adoption of robotics would displace jobs. Models by McKinsey forecasted “some jobs being phased out but sufficient numbers being added at the same time to produce net positive job growth for the United States as a whole through 2030.”

Do those projections remain on track in light of an unforeseen pandemic that, at least momentarily, ground business and industry to a halt? Almost half the global workforce (1.6 billion people) are in “immediate danger of having their livelihoods destroyed” by the economic impact of COVID-19, the International Labour Organization warned in April. In the same month, the Labor Department reported that more than 20.5 million jobs were lost in the U.S. alone.

It’s a daunting task to reorient our place in the future of work amid such uncertainty.

Thankfully, many Black entrepreneurs were already coloring outside the lines, building tech companies that cater to the challenges Black professionals face as we seek to thrive despite the maze around us.

For starters, there’s R3 Score, backed by New Profit, which creates sophisticated background check algorithms to ensure those with criminal pasts are not excluded from opportunities. And there’s Blue Studios, an app backed by Dr. Angela Jackson that streams live STEM classes to students around the world.

“Women of color, like Kelley Cambry, founder of Blue Studios, are transforming the innovation economy, and our investments need to better reflect this reality,” Jackson says. “Our country is at a social and economic tipping point, and to emerge from it in a sustainable and equitable way, we must focus our attention on unleashing the inherent talent of communities across the country.”

As we open our four-part series on the future of work, we start by highlighting forward-thinking Black tech founders who are innovating in the space. The magician, Cam Snaith, powers pivotal career transitions through his company Bleeker. And the master, Trish Millines Dziko, has been creating STEM education for diverse public school students for over 20 years with her nonprofit Technology Access Foundation.

When people look to break into industries or change careers, they tend to start by seeking new skills or certifications. Those factors look good on a resume but don’t reflect all the resources a person truly needs to perform well in a position, says Cam Snaith, co-founder and principal of Bleeker.

Snaith and co-founder Jay Liddell, both Research Affiliates with the MIT Media Lab’s Social Computing group, looked at the world of work across levels and industries and found that at the core, everyone needs the same things in order to unlock their best work: “The four essential resources we’ve identified people need are knowledge, advisors, opportunities, and champions.”

Snaith’s thinking is in line with recent future of work projections from Deloitte, which recommends workforce development that centers less on what people have done, and more on what they have the potential to do.

“The most difficult element for most folks to grapple with today is the speed with which work is moving because we’re living in an educational system that generally prepares people for one career,” says Snaith. This is incongruous with the reality of work when on average, industries change every two to three years and employees job hop every year and a half, he says. At Bleeker, people are positioned for change by strengthening what remains constant — the power of connections.

Founded a little over seven years ago, Bleeker has a six-person full-time staff and about 30 coaches, or “thinking partners,” who help clients strategize regarding their careers. After going through the program, members become part of the Bleeker Collective, a community of over 1,200 successful professionals who are then always available to provide advice on how to make your next move your best move.

Snaith provides a practical example. “Think about two VPs of marketing who each have teams of 10 people working under them, same budget, same everything. Say one VP has a set of parents who were both CMOs. They have uncles, aunts, friends, advisors; they have all these resources that they could tap to say, ‘Hey, I’m thinking about this, I’m wondering about that. Do you have anyone you can introduce me to so I can figure this out?’”

It’s not nefarious, Smith continues. They’re simply making best use of the resources that are available to them, but these are external resources that people of color are far less likely to have. “It’s for that reason why it’s really important to make it as easy as possible for people to align with mentors, sponsors, and advice in a personal way at no cost,” he says of the ethos behind Bleeker, which counsels individuals as well as influential companies including Apple, BlackRock, Google, and Nike.

“The same types of support that a CEO in a kind of a food business would benefit from also benefits a musician who is looking to produce her best work. I’m talking about the same buckets of resources,” Snaith explains. “An athlete needs to understand how they advance in their career. And it typically helps to have someone who can say, ‘Based on the knowledge you’ve acquired, here’s how you can make it work for you.’ That’s the advisor piece for us that comes in the form of coaches, mentors, and sponsors.”

As he looks down the road at the future of work, Snaith considers Bleeker’s enduring value proposition. “If you believe the folks who are saying that remote work is going to unlock people who live in New York working for companies that are based in Atlanta, or people in Los Angeles working for companies that are based wherever, then it’s a potential to be really more isolated. There will be a greater benefit to being connected to these personal structures,” he says.

When we talk about the future of work, we cannot understate how much is influenced by the trajectory students are set upon in their most formative years via education — or lack thereof.

“We decide in third grade after you take your first standardized test, whether you’re going to be a learner or not, then the way we treat you going forward is based off of that. And so as a system, we can stifle your entire group,” says Trish Millines Dziko.

After spending 15 years in tech, often finding herself “The Only” in places like Microsoft and Hughes Aircraft Company, Dziko decided she could have more impact outside the industry. She left in 1996 to start Technology Access Foundation (TAF), a nonprofit to improve access to STEM opportunities for public school students around the Seattle area.

Fast-forward to 2020 and diversity numbers in tech are still notoriously low, but not for lack of effort on TAF’s part. What began as an afterschool program now serves a few thousand kids per year. With an operating budget of $4.7 million this fiscal year, TAF has a 30-person full-time staff and manages seven schools, co-manages two others, and partners with five more. In 2008, Dziko opened the TAF Academy, a 6th–12th grade STEM-focused public school that prepares students for college and careers through a project-based curriculum. TAF also runs the Martinez Fellowship, designed to get more teachers of colors into these spaces.

But as one can imagine, for a program that focuses on classroom learning, the disruption of the coronavirus exposed serious inequities as TAF worked to comply with school district directives.

“Some of our district partners put one laptop per family. So if you were a family that had three, four kids that were in the district school, they had to share that one laptop. Then you had a problem with, I got a laptop but I need a hotspot,” Dziko explains. “And then you have privileged, mostly white folks talking about, I need lessons for my kids and where’s the teacher and what’s going on … And everybody else is just trying to survive.”

When Dziko considers the future of work, early intervention is key. She believes we need wholesale changes in public education, and it must start with abolishing standardized testing in favor of project-based learning where kids demonstrate understanding.

“Millions of dollars are spent training teachers to follow a curriculum. They’re not trained to create opportunities for kids. So how do we change that? And then we also need to invest a whole lot more into getting people of color teaching. If we change those things, we’ll see. I think that our Black and brown kids will have a better chance because they have to be able to bring their whole selves to school,” Dziko says.

This story is made possible with the support of New Profit a venture philanthropy firm deeply investing in workforce solutions powered by forward-thinking entrepreneurs helping people level up their tech skills and secure opportunities in the new world of work.

Please join us on June 22 at 11:00 AM ET for the launch of New Profit’s Future of Work Grand Challenge, powered by the XPRIZE Foundation and MIT Solve.

The Grand Challenge initiative will fund urgent, entrepreneurial innovation that can rapidly reskill tens of thousands of displaced workers into living-wage jobs in the next 24 months; equip policymakers to better support the wave of displaced workers in six months; and achieve broader systemic change to help ready 12 million Americans from under-invested communities for workforce success by 2025. Please register using the link here to reserve your spot. 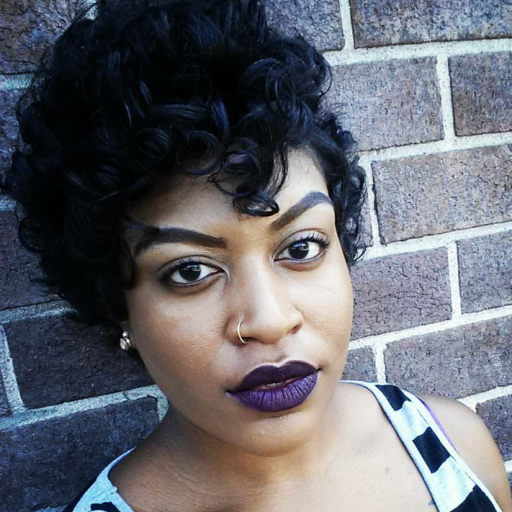