Black LGBTQ Owned Businesses Need Support During The Pandemic, Even If There Isn’t Exact Data On How Many There Are

The coronavirus pandemic’s economic impacts are still unfolding, but things are already far from evenly distributed. According to the U.S. Bureau of Labor Statistics, as unemployment fell for white workers in May, it rose to the highest rate in a decade among Black ones. Just as Black workers are disproportionately impacted by layoffs — and left out of the little economic recovery made so far — Black business owners are hurting, too. But over the past few months, Black LGBTQ owned businesses have tapped into their communities for support and reshaped what it means to do business in the middle…

Black LGBTQ Owned Businesses Need Support During The Pandemic, Even If There Isn’t Exact Data On How Many There Are

The coronavirus pandemic’s economic impacts are still unfolding, but things are already far from evenly distributed. According to the U.S. Bureau of Labor Statistics, as unemployment fell for white workers in May, it rose to the highest rate in a decade among Black ones. Just as Black workers are disproportionately impacted by layoffs — and left out of the little economic recovery made so far — Black business owners are hurting, too. But over the past few months, Black LGBTQ owned businesses have tapped into their communities for support and reshaped what it means to do business in the middle of a pandemic.

Calls to support LGBTQ businesses through the pandemic have picked up as some historic bars have shut down, but racism in the LGBTQ community remains a huge issue. For example, in 2017 a report found that racism in Philadelphia’s LGBTQ neighborhood — the Gayborhood — has been long standing, which surprised absolutely nobody who is Black and from Philly. So with rallying cries to support these businesses, what about the need to preserve spaces and companies for Black LGBTQ communities specifically?

There isn’t a lot of data on exactly how many Black LGBTQ owned businesses there are, but it’s not for lack of trying. Zachary Wilcha, the Executive Director of the Independence Business Alliance, which is the LGBTQ+ Chamber of Commerce for Greater Philadelphia, told The PLUG, “There’s no mechanism to collect the data accurately because people have to self-identity, and forms like the Census only count LGBTQ folks if they are living with a same-sex partner.”

Nevertheless, Black LGBTQ businesses exist, and it’s clear that they are being hit hard. Last month, Eater reported that one of New York City’s only Black-owned LGBTQ bars, the Alibi Lounge in Harlem, was in danger of closing due to the coronavirus. While owner Alexi Minko applied for a federal small business loan, community members stepped up to support with a GoFundMe campaign that has raised over $100,000 so far. This type of online support, however, is not unique to the Alibi Lounge alone.

Online, Black LGBTQ people are often quick to mobilize in support of one another, and that hasn’t changed because of the pandemic. “Sometimes, the internet is good. Lots of folks have put together community resources of who to support and how, besides just cash donations” Rachel Junard, a Black nonbinary queer femme based in Boston who is the co-founder of You Good, Sis?, a collective for Black and brown women and femmes, told the PLUG. She says people in their community have mobilized around them to do things like get the word out about their virtual events, let people know what resources they provide, and some have even offered to make free graphics for them.

Before the pandemic, You Good, Sis? mostly ran in-person events, and while COVID-19 has upended their operations in some ways, the digital switch hasn’t been completely unwelcome and according to Junard, it’s actually improved the way they run things. “[Moving online], in some ways, has helped us with our model of making spaces strictly just for black and brown folks and avoid[s] any onlookers or partnering with white owned businesses.”

For Mariam Omari and Kotiareen “Chef K” Taylor, who operate K’s Revolutionary Catering in Minneapolis, community support has also been vital for their business. Omari told The PLUG, “Places like NEXUS Community Partners, Northside Economic Opportunity Network, Fearless Commerce, West Broadway Business and Area Collation – specifically [its executive director] Felicia Perry, Plymouth Congregational Church, and our loyal customers have all gifted us with support whether through information, resources, donations, or grants. The community has pulled together tremendously.”

State and Federal Assistance Only Working For Some

There are a number of local and federal assistance programs geared towards helping small businesses stay afloat during the pandemic. In Philadelphia, Wilcha says the city’s commerce department has been intentional about working with the IBA and the African American Chamber of Commerce to let small businesses know about efforts to help bolster the recovery. But for Omari and other Black business owners, there are some lingering questions and concerns around local and federal support programs and who that money is actually going to.

“Some of the financial institutions claiming to be helping with funding have generalized stipulations that don’t necessarily coincide with every business, leaving too much room for interpretation causing the same minorities they claim to be helping to be disqualified from the application,” Omari said. “This leads me to wonder who’s actually getting the grant specifically for businesses like mine?”

“As a Black female owned business, many of the loans and grants we applied for have proven to be more interested in tallying up statistics about the status of businesses rather than about giving us tangible financial assistance” Omari said.

In April, NBC News reported that a number of Black-owned small businesses are being shut out of the government’s emergency Paycheck Protection Program Loans. Mehrsa Baradaran, a law professor at the University of California and author of  The Color of Money: Black Banks and the Racial Wealth Gap, told NBC News, “There is a structural flaw in this program. It uses banks as middlemen. Any time you create a big program and give banks the ability to choose which customers it prioritizes, you’re going to have disparities.”

Along with pre-existing disparities, the programs that do exist are likely overwhelmed. Junard, who has yet to hear back from two programs they applied to, said, “There are not any barriers I’ve encountered to finding or applying to aid, I just think they’re probably overwhelmed with responses right now.”

For Junard and other Black LGBTQ founders, these injustices have been part of their lives for years, and they know the pandemic isn’t exposing or creating anything they haven’t already experienced. 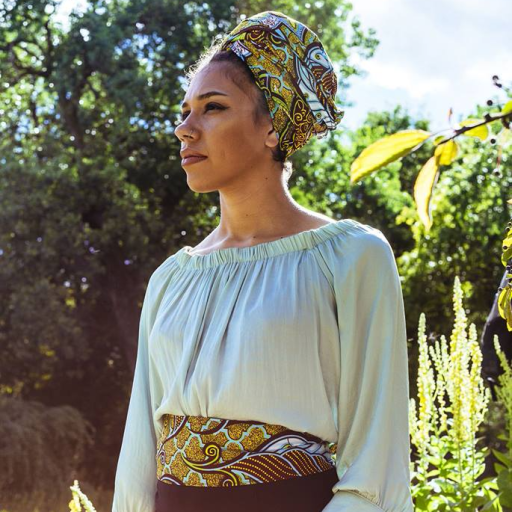 Vanessa Taylor is based in Philadelphia. She has work in outlets such as Teen Vogue, Racked, and Catapult Magazine. Follow her across social media @bacontribe.